The Gathering Storm, Part One of Three in A Memory of Light, will be released November 3. This is not an April Fool's Day joke. Here's Brandon Sanderson's reason.

Things are going to get interesting.
Posted by The Writer at 3:14 PM No comments: 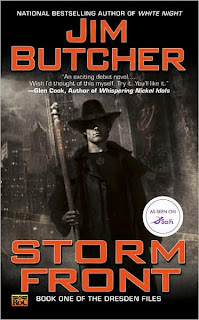 The Dresden Files have been around for close to a decade without my noticing them or their author, Jim Butcher. The books have become big bestsellers and even temporarily had their own television show. In fact, I bought the first in the series, Storm Front, shortly after watching a few episodes of the all-too-quickly-cancelled show. It was a pretty good show. These are pretty good books, and I wish I'd actually read them sooner.

Really, that's all I have to say. They chronicle the adventures of P.I.-type Harry Dresden, the only openly practiced wizard in Chicago. And they're a LOT of fun. Give them a try. Please. You won't regret it. 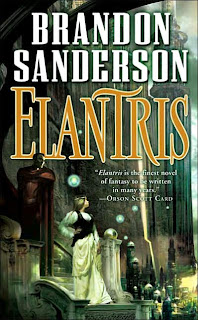 Elantris was beautiful, once.

So Brandon Sanderson's first novel (his first!) begins, acknowledging its epic tone despite the fact that it's an entire story in one book. And it's satisfying.

Ten years ago, the Reod struck, causing the beauty of Elantris, as well as its ultra-powerful beings, to fade. Now anyone who is transformed in the Shaod is sent into the cursed city to rot. What once was paradise now has become a slime-covered domain of the damned. Prince Raoden of Arelon awakens one morning to find-- to his horror-- that he is an Elantrian, and his family sends him secretly to Elantris to cover up their shameful secret. Soon after, his betrothed, Sarene, princess of Teod, arrives in Arelon to discover she is a widow before she is even married. Raoden is officially proclaimed dead upon his banishment into the wretched city. But all is not lost, for Raoden finds a friend in Galladon, and together, they attempt to unify and rebuild Elantris.

Meanwhile, Hrathen, high priest and gyorn of Fjordell, is sent to Arelon, in the shadow of Elantris, to convert its people or bring about their destruction. How can he choose, and who can stand against him?

Arelon and the surrounding countries are in a time of unrest, and if something is not done soon, the world will crumble. The spirit of Elantris must be found...or else Arelon is doomed.

The story here is truly epic in scope, but it's totally original. Once again, major kudos to Brandon Sanderson for creating some of his best scenes. And not a word is wasted, for there simply isn't room for extra fat in a one-volume story. It's absolutely moving, full of heart, beauty and hope. That's not to say that the action is anything but spectacular, of course. In short, Elantris is a masterpiece, proving Sanderson is worthy for just about anything. I can't wait for this summer's release of Warbreaker, his next one-volume epic. I'm sure it will be fantastic. 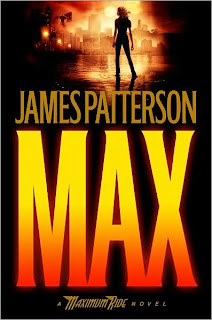 Well, it's March again, and you know what that means! Oh. You don't? Well, it means another Maximum Ride book by prolific thriller writer James Patterson. There have been four so far. The first three were fantastic, getting better with each book. The fourth book...was...er, written. That's about as much as I can say about it. Skeptical now? Yeah, you should be. But don't worry, The Final Warming-- er, I mean Warning-- is really quite short, and MAX is much, much better, perhaps the second best in the series.

The book, which is named after the main character, is about the Flock, a group of six kids who are a whopping 98% human. The other 2%? Well, that's what all the fuss is about, isn't it. The rest is avian DNA. You see, the Flock is being hunted by a number of detestable baddies who will stop at nothing to keep them silent (with a short detour into Global Warming land in Book 4). The latest is Mr. Chu, a temperamental Chinese businessman with a few dangerous secrets. He represents a group of wealthy, powerful people who hate the Flock with a passion.

So they kidnap Max's mom, taking her off the coast of Hawaii, where thousands of fish are mysteriously dying. It's up to Max, Fang, Iggy, Nudge, the Gasman, and Angel (those lovable bird kids) to rescue her and get to the bottom of Mr. Chu's crimes. Oh, and the Voice inside Max's head has gone almost silent.

Wow, it's good to read a quality Maximum Ride book again. While this is still a bit shorter than the first three, it's a good step up from #4. The book is loaded down with action and suspense of every kind-- read the book and see what I mean-- and some loose ends from the other books get resolved nicely. And the Global Warming stuff pretty much stayed in the last book. It's refreshing to see Patterson is on his A-game again. We can only hope it lasts approximately forever.

The best part is: I'm really looking forward to the inevitable sequel. It'll be fun to see where Patterson goes from here. 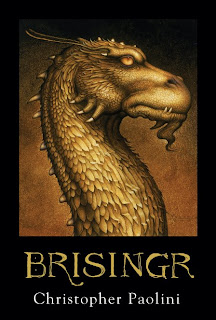 Well, you're almost to the end. Congratulations. It seems as if I'm not the only one doing this sort of thing, but I hope my contribution is good. If not...well, too bad. I'm writing it anyway.

The penultimate novel is a fragile thing. This could be lumped in with the "sequel post", for it can be the second book in a series or the eleventh (*coughcoughWheelofTimecough*). But this one's important. This is one where a cliffhanger seems a must. Look at The Rise of the Wyrm Lord, The Battle of the Labyrinth, Harry Potter and the Half-Blood Prince, PENDRAGON: Raven Rise, Gregor and the Marks of Secret, and many others. Sure, some books don't have major cliffhangers - i.e. Brisingr, The Well of Ascension (sort of), and Charlie Bone and the Shadow. But a really good cliffhanger will keep readers waiting with bated breath the entire span of time until the finale is published.

The prequel is even more fragile than the penultimate novel. It doesn't just need to be good, it needs to be amazing, or else the readers won't care. Actually, on second thought, just don't write a prequel. Please, for the good of mankind.
Posted by The Writer at 7:34 AM No comments: 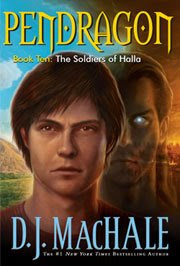 Real post coming soon.
But WAIT! There's more...
The Berinfall Prophecies: Curse of the Spider King by Wayne Thomas Batson and Christopher Hopper comes out November 10. Read more about it page 18 right here.
Posted by The Writer at 4:46 PM No comments: