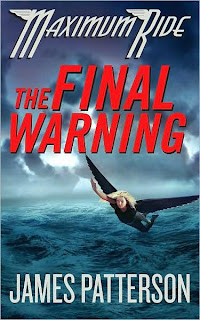 It's been 10 months since we last saw Max, and we'd thought her mission was finished. We thought all the secrets were revealed. We thought the series was over. We were wrong. Then came the announcement of a fourth bookin James Patterson's bestselling series. We started getting excited again. And I don't think this one will be the last, either.

Fresh out of their harrowing worldwide adventures in Saving the World and Other Extreme Sports, Max and the rest of the Flock-- Fang, Iggy, Nudge, the Gasman, and Angel-- want nothing more than a time to rest, a time to heal, a time to, in a way, start over again. But the government just won't allow it. Though it seems their intentions are noble, the high-ranking scientists simply want to examine them. And, worst of all, they mention the word school. Wrong choice around the Flock.

It takes a lot of convincing for them to return, only after the return of the Voice in Max's head. They agree to go on a scientific expedition to monitor the effects of global warming. The catch-- it's in Antarctica. A nice, balmy place, right?

Plus there's a real nasty piece of work, the Uber-Director, who's sending his robotic minions after the Flock in an attempt to capture and sell them-- which will put things in place for him to control the world. Hey, at least it's not ITEX.

Add this to the facts-- that Max and Fang don't know what to do about each other, that they're all starting to develop new and strange powers, even Total, that their mission seems as if it will never be finished-- and you've got a lot crammed into one little 250 page book.

Yes, it's too short. Considering the fact that you can't put it down, you'll be finished with this latest adventure in a matter of hours.
Posted by The Writer at 7:48 AM 5 comments:

"The Cry of the Icemark" review 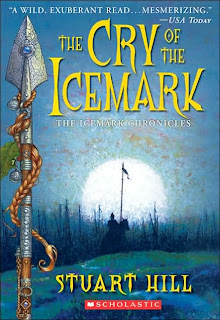 When I was in the bookstore, I knew I was going to have a lot of downtime. So I wanted something big. The Cry of the Icemark, the first book in the critically acclaimed Icemark Chronicles by Stuart Hill, runs at about 500 pages in length with relatively small text, so it seemed like a perfect fit.

Icemark is a small land located in the cold, icy north. The winters are harsh, but the people have adapted well to its climate. The king, Redrought Strong-in-the-Arm Lindenshield, who has many other titles besides, is well-liked by the people, and the land is at peace despite having hostiles on either side of their borders. But all that is changing. The ruthless, massive Polypontian Empire, under the command of the cunning Scipio Bellorum, wishes to take over Icemark forcibly, starting immediately.

In a desperate attempt to hold off Bellorum's armies, Redrought sacrifices himself the day after his daughter, Thirrin, turns fourteen. The harsh winter weather will hold the southern Polypontian Empire off until spring. But will Thirrin, now Queen of Icemark, be able to assemble a fighting force of allies to stop Bellorum's invasion, or are the people of her country doomed to slavery and death?

There are a lot of goodies in this book for me, just because I'm into mythology and some of the names are familiar. But everyone can find something in it to enjoy. There's battle strategies for the enthusiast in such an area, romance, if that's your thing, and for everyone else, there's a great action adventure in here. Speaking of which, I hear it's being made into a movie.
My rating: 9.5/10
Posted by The Writer at 7:31 PM No comments:

I have deleted the reply, so I probably won't be giving the exact information. But I recieved a reply from someone named "Galmaran", who posted a link to "MYBLOG", his supposed blog. However, the link connected to a place that automatically started downloading a "virus scanner", which was disguised as a blog. I personally do not want to know what happens when the so-called "virus scanner" is fully downloaded.

Just a quick heads-up!
Posted by The Writer at 4:50 PM No comments: 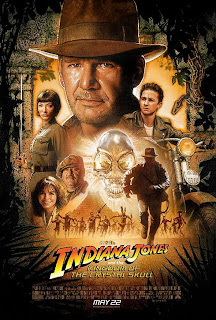 Posted by The Writer at 8:20 PM No comments: 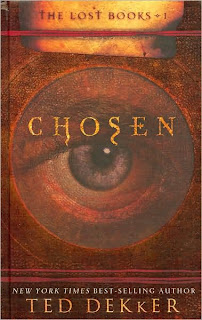 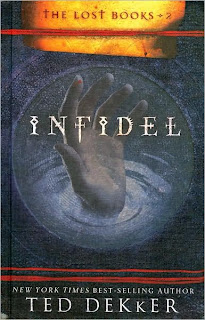 I've waited far too long to review these two books, the simultaneously-released first half of a companion series to the Circle Trilogy. They're fantastic.

Chosen: It feels great returning to the forests of Ted Dekker's world. The mysteriously named Johnis, a teenage boy who aspires to be a part of the Forest Guard, finds himself on a quest. There are seven missing books of history, and he, Darsal, Billos, and Silvie must rescue them. Oh, yeah, and the demonic Shataiki bats have returned and are wreaking havoc.

Infidel: Johnis's mother is missing, and he may have found a clue to freeing her. But to do so will put him, his quest, and the lives of many others in jeopardy. Wait for the twist. You're gonna love it. Some things will start to feel a bit... familiar.

These are the sort of books made for racing through quickly. Good characters, good story, and pulse-pounding action. Books 3 and 4, Renegade and Chaos, will be released on May 6. 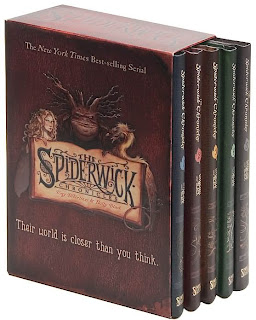 Just to be clear, this isn't really a series. It's a serial, one story stretched out over five volumes. Which is why Hollywood could make it into a single movie well. So, you probably don't want to go buying book 1, The Field Guide, without buying the rest as well. And it's slightly cheaper to buy the box set, so you win again!

In book 1, The Field Guide, Jared, Simon, and Mallory Grace move into their great-great uncle Arthur Spiderwick's house. After some strange, unexplainable, destructive events, Jared finds a field guide that Arthur wrote eighty years ago-- about faeries. They then discover the cause of their troubles, a brownie/boggart named Thimbletack. In book 2, The Seeing Stone, Simon gets kidnapped by goblins and Jared must rescue him, with Mallory's help. But first, he must be able to see the monsters. In book 3, Lucinda's Secret, the Grace siblings talk with their supposedly crazy Aunt Lucinda about the Field Guide, and they begin to uncover some of the secrets of the book and its creator. In book 4, The Ironwood Tree, Mallory is kidnapped by dwarves and forced into a dress (oh, and a glass coffin, as well), the twins become triplets, and they must wake Sleeping Beauty whilst escaping from a pack of mechanical hounds. Finally, in book 5, The Wrath of Mulgarath, The Grace siblings journey to an ogre's dragon-guarded fortress made of trash in a final, desparate attempt to stop a plot to overthrow the world.

Whew, that's a lot of stuff.

These books are not just wonderfully packaged. If the imagery the authors give you isn't enough, there are many great sketches that let you see how easy it was to make this into a movie. If you're anything like me, you'll race through each page-- but don't forget to read the rhymes at the end.

Their world is closer than you think.
Posted by The Writer at 3:38 PM No comments: